“The arrival of Datuk (K Rajagobal) in Brunei Darussalam serves to provide a starting point in changing the landscape of the country’s football,” the president said during the closing ceremony of the referee and assistant referee seminar 2021 at the Youth Centre in Pekan Baru Bangar, Temburong District recently.

“NFABD in its strategic plan, among others, is to nurture a football team that will change the fortunes and position of the national team,” he said.

“The 191st FIFA ranking has been implanted in our minds for a long time. We hope the arrival of K Rajagobal in Brunei Darussalam will change the current state.

“We need appropriate planning to build a team systematically, and we need to have the cooperation of all parties.”

Pengiran Haji Matusin conveyed his gratitude to the AFF Championship-winning coach for accepting the role.

He added, “It is a big challenge because we need to show to the public that we mean business and we want to produce positive results. It doesn’t mean that we will beat any team tomorrow in any competition. What we want to see is improvement of how we can close the gap from before.

“We also engage consultants like Mr Jeysing (Muthiah) to assist in football development not only on the field but also mentally – how we can guide teams and players towards excellence.”

Meanwhile, the NFABD President thanked referees for their commitment to improve the standard of refereeing in football, saying, “Such courses will not help equip them with knowledge but also education of the Laws of the Game.”

He hoped the referees and assistants will apply their newfound knowledge in competitions, especially in the Brunei Super League. 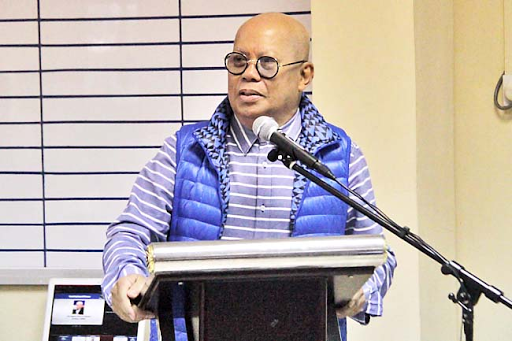