Wijaya FC have set their sights of finishing in the top five in the Brunei Super League 2021 ahead of their league opener against Bakes FC at the Berakas Sports Complex this Sunday.

Team manager Pengiran Ali Redzuan bin Pengiran Haji Damit said on Wednesday, “With the inclusion of mostly youth players, we will try to finish in the top five.

“We have a mixture of youth and experience. We can say that 70 per cent of the team are made up of youth.

“There are a number of players who are in their early 20’s. We hope that the mixture of youth and experience will gel together,” he said.

Wijaya announced the return of former Brunei international Mohammad Shah Azahar Abdullah after previously leaving the team to embark on a running career. 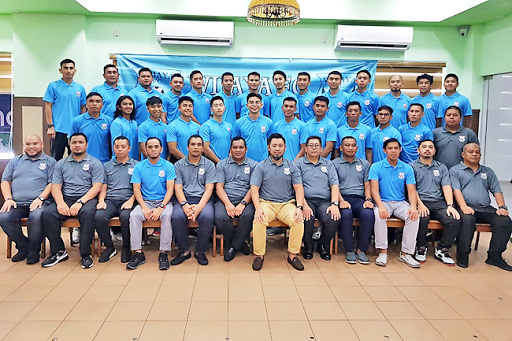 “There are a few debutants in the squad. In addition, there are also players making a comeback,” Pengiran Ali Redzuan said.

The club will be without Awangku Ashraf Pengiran Haledi behind the sticks as the goalkeeper has been loaned out to Kasuka FC for a year.

With the goalkeeping position vacated, the three available goalkeepers will need to prove a point to cement a place in the starting line-up.

In stepping up their preparations for the upcoming season, Wijaya held friendly pre-season matches against MS PDB twice and IKLS.

Pengiran Ali Redzuan said, “Everybody had a chance to play and was given opportunities during the friendly matches. Overall, we are confident that the players can gel together.”

The team manager indicated that Mohd Sholihuddin Jamaluddin and Wan Ashraf Wan Mohd Tambrin Shah could take the league by storm, saying, “there are few players who can shine if they perform consistently at this level. I think they (Mohd Sholihuddin and Ashraf) have a good future ahead of them”.

The team will be led by Marhazif Ahad as captain with Jamrin Johari as vice-captain.